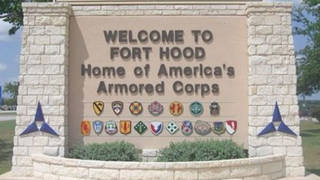 The U.S. Army has fired or suspended 14 officers and soldiers stationed at Fort Hood, Texas, following an investigation into sexual assaults and murders at the base, including the bludgeoning to death of 20-year-old soldier Vanessa Guillén, whose remains were found in July, 2020.

Follow this link to the news story: Shut It Down: Calls Grow to Close Fort Hood After Probe into Murders & Sexual Assaults at Army Base | Democracy Now!