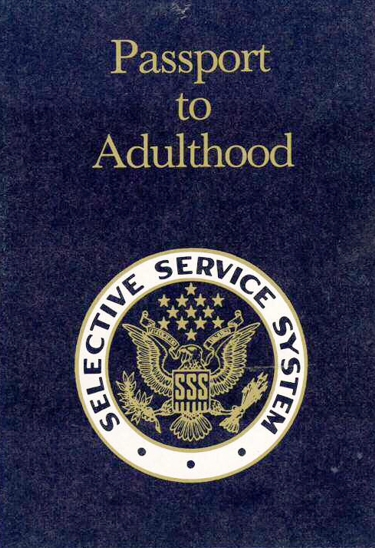 The most immediate danger of expanding draft registration to women is not, as some people think, an increased likelihood of a draft. The chance of that happening anytime in the near future continues to be remote. It wasn’t even on the table for serious government consideration after 9/11, or during the multiple U.S. troop deployments to the wars in Afghanistan and Iraq.

A much more imminent danger is the actions that will be taken in schools to convince the female half of the 18-year-old population to join males in registering with Selective Service.

In the 1980s, we saw how relatively low rates of male draft registration in some parts of the country plagued Selective Service. The agency would issue press releases claiming that young men were overwhelmingly showing their patriotic willingness to submit their names and contact information for the sake of national readiness, but then the media would often report that actual numbers of registrants were below the stated expectations of Selective Service. The embarrassed draft agency had to come up with an excuse for the dearth of registration enthusiasm, and the best it could come up with was that there was a simple lack of awareness among young men. This was despite millions of dollars spent on Selective Service registration promotions and the enormous amount of media coverage devoted to the issue. And when the first registration resister trials were initiated to “send a message” about the risks of non-compliance, we learned in California that the state’s registration rate went down!

To survive the embarrassment, Selective Service knew it had to get more aggressive and creative with its outreach. It chose to distribute millions of fliers and posters to schools and asked them to appoint staff as in-school registration liaisons. Furthermore, it asked for access to student lists, which violated federal and state pupil privacy laws and generated concern that the lists could be used to track down non-registrants.

The propaganda themes used by Selective Service focused heavily on defining draft registration as proof of maturity. One handout was designed to look like a U.S. passport and was emblazoned with the slogan, “A Passport to Adulthood.” Inside it argued that registering with Selective Service was the way to become an adult. One poster asked: “¿Qué lo que Separa los Hombres de los Muchacos?” (“What Separates the Men from Boys?”).

The propaganda always discouraged thinking that registration was linked to an actual draft. The catchphrase was, “It’s only Selective Service Registration.” When anti-draft organizations came out with a poster depicting Uncle Sam saying, “Think before you register,” the national director of Selective Service referred to it and told a college student journalist at UC San Diego, “Registration has nothing to do with thinking.” Not thinking about it or its implications was exactly what the agency wanted. Young people should accept it as a normal, inconsequential step toward maturity. Nothing more.

Selective Service is now going to be facing the challenge of once more convincing an entirely new national demographic to comply with the draft registration law. The agency will remember the last registration startup when the media reported embarrassingly low registration rates. If a low registration rate happens again, it could trigger serious questions about the legitimacy of the agency’s competence and mission. In its effort to avoid the 1980s embarrassment, it will again resort to flooding high schools with propaganda, using themes that encourage students to act without thinking about the implications or potential consequences of draft registration.

We already have a significant overt presence of the military in the K-12 school system (via military/school partnerships, recruiter visits, JROTC, the Young Marines, Starbase, etc.). What Selective Service will do with its access to schools is intensify the conditioning of young people to see soldiering and war as normal. The danger to all of us is that it will escalate the militarization of the country as a whole, which is something that we cannot be complacent about.

Committee Opposed to Militarism and the Draft, www.comdsd.org

This article is from Draft NOtices, the newsletter of the Committee Opposed to Militarism and the Draft (http://www.comdsd.org/).