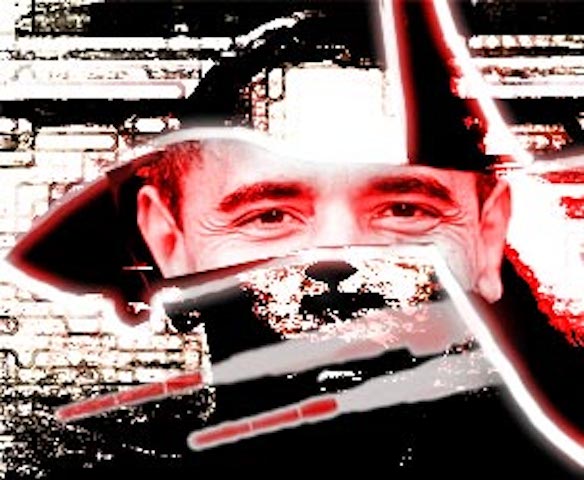 Join CODEPINK as they protest against President Barack Obama use of deadly drones! President Obama will be in San Francisco to attend a high-roller luncheon at the new SF Jazz Center in San Francisco’s Hayes Valley.

Obama’s drone policy is responsible for the deaths of hundreds of innocent civilians in Pakistan and Yemen — countries we aren’t even at war with. Since Obama has taken office, deadly drone strikes have increased, causing more drone bases to pop up across the country and across the globe to engage in surveillance and targeted killing. Join us to say stop the killing!

We understand others may have a long list of grievances against the President’s policies. We welcome other signs, groups and issues!

Assemble at Patricia’s Green on Octavia and Hayes at 11AM in Hayes Valley. March to the SF Jazz Center at 11:30am where will have an outside presence against US/CIA drone strikes. Be flexible because we might have to move locations.