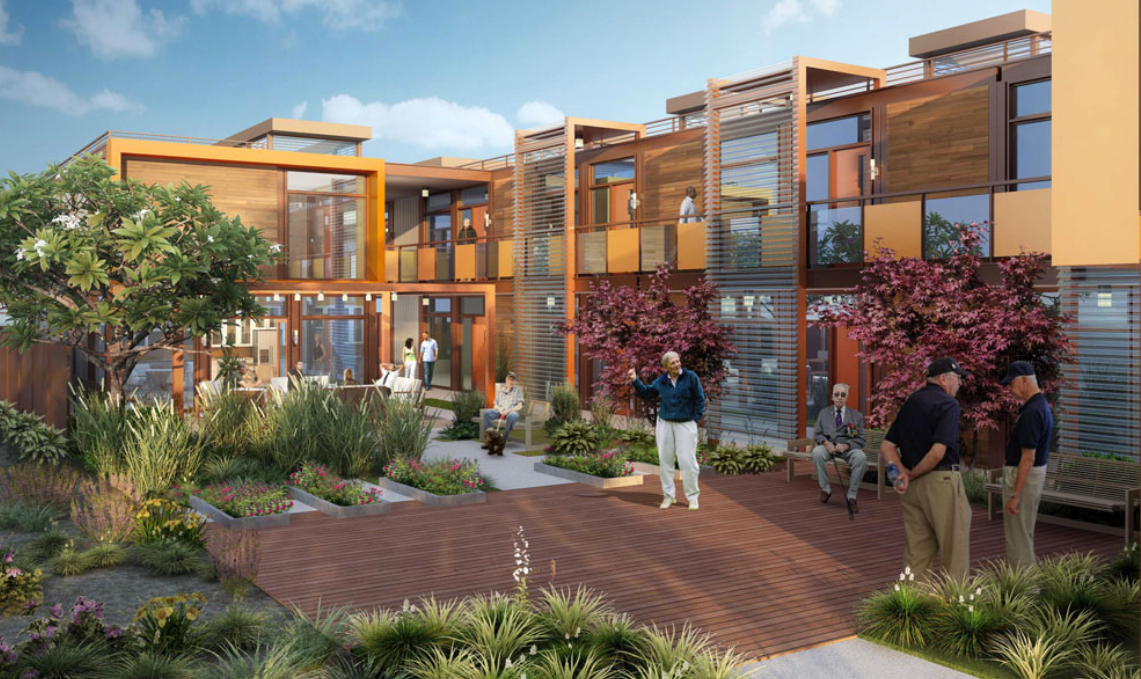 MIDWAY CITY, CA–(Marketwired – Nov 30, 2015) – American Family Housing (AFH) — a nonprofit organization dedicated to permanently ending the cycle of homelessness — is proud to announce its visionary new project in Midway City, Calif., called Potter’s Lane. Estimated for completion in 2016, the energy-efficient and sustainable housing site will fulfill one of the community’s greatest needs: permanent housing for chronically homeless veterans. Simultaneously, AFH will join a revolution that is bringing an end to chronic homelessness among our nation’s veterans in major metropolitan centers throughout the U.S.

AFH is a nonprofit that builds housing and provides services for the homeless and is creating California’s first shipping-container apartment building that can provide housing that is quick
and economical, in addition to being permanent and very comfortable and appealing.